`Pan ~
(Greek; ‘ All ~ ‘)
An investigation that questions the normative frameworks around femininity and masculinity, brings an ode to, breaks through and makes new proposals. Man stripped of frames, back to the core.
Zwermers and LaPiratesse share a fascination in the field of physical performances in eccentric, self-built costumes and objects. The combination of their qualities resulted in a fascinating performance in the form of a live concert. With a sewing machine and a chainsaw, boots and heels, a man and a woman, a man, a man, another man and another man.
Pan played already on Oerol 2018, and at Theater op de Markt in Hasselt and the season opening of de Nieuwe Vorst (Tilburg)
Photos season opening De Nieuwe Vorst 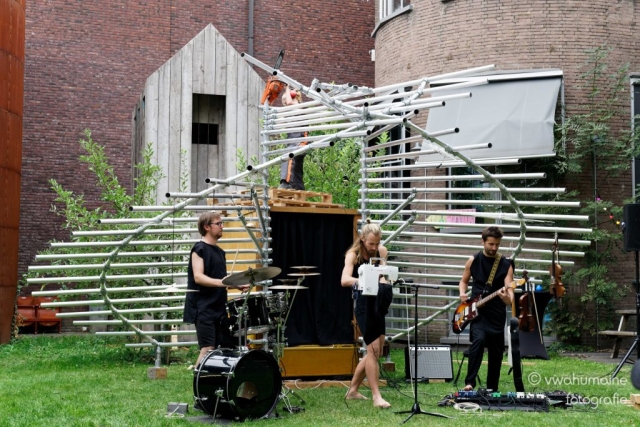 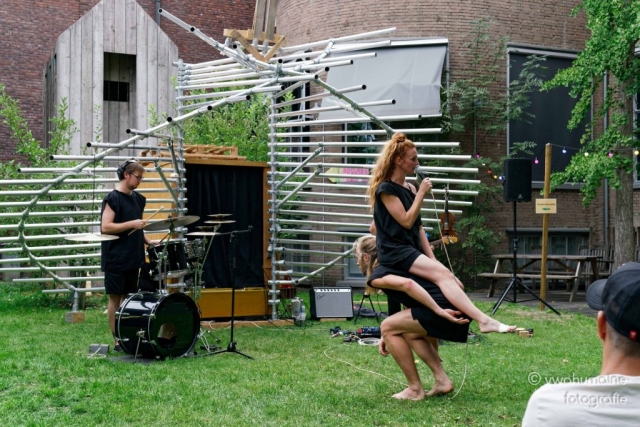 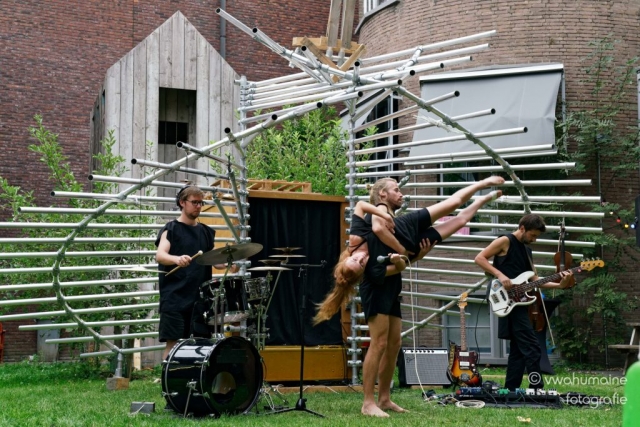 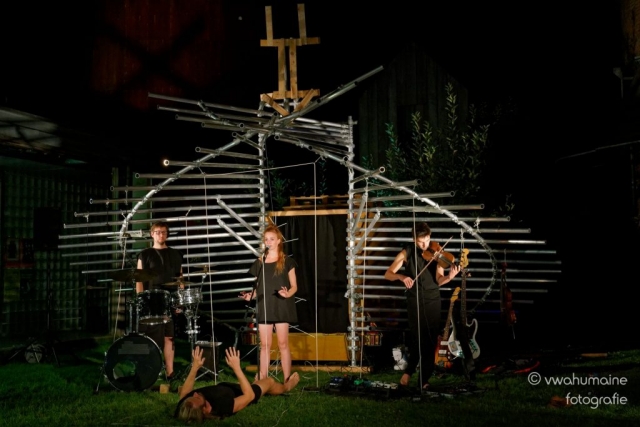 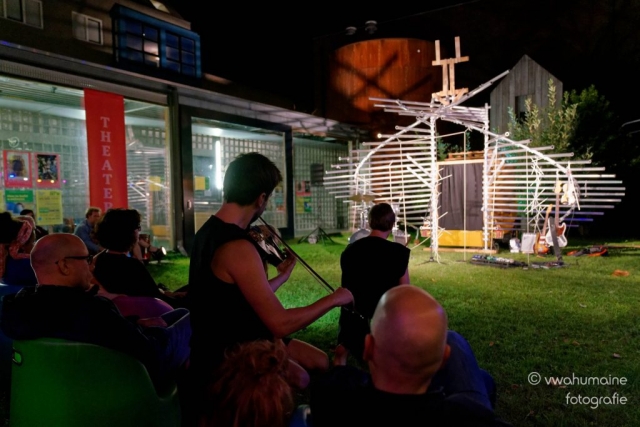 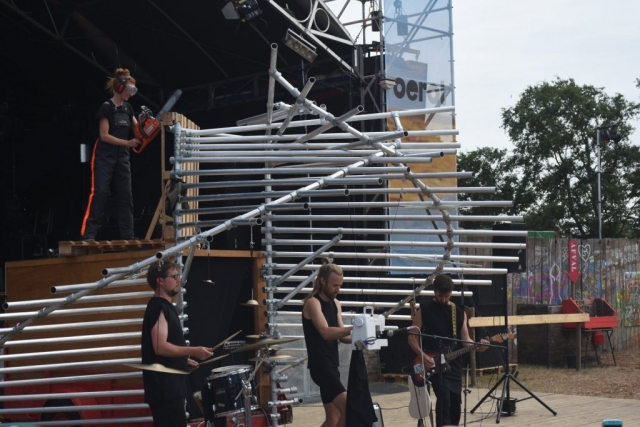 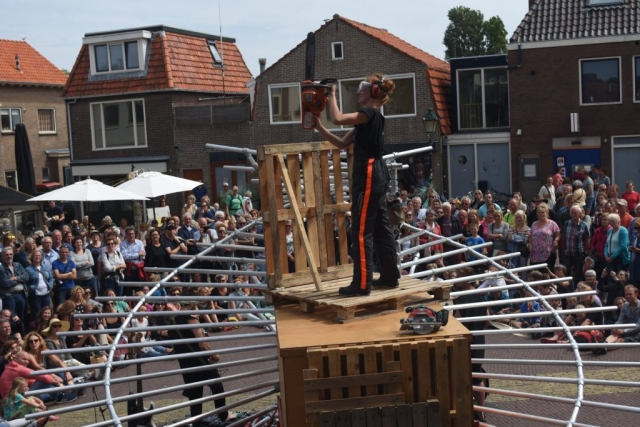 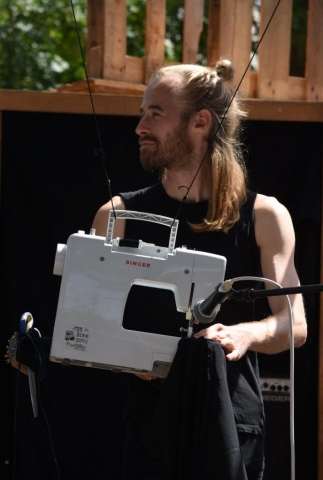 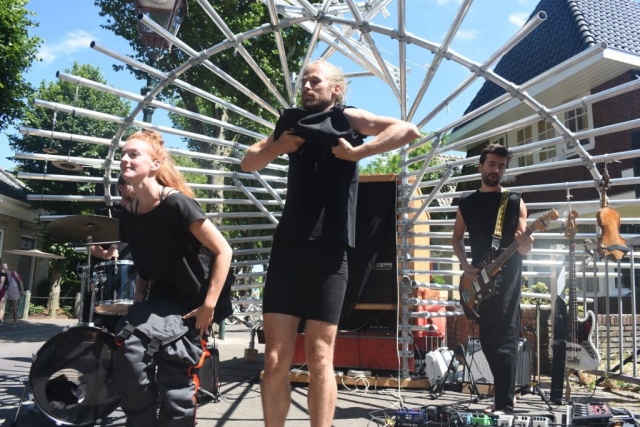 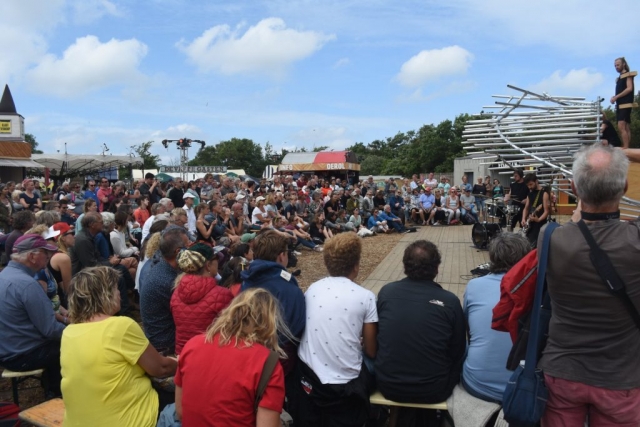 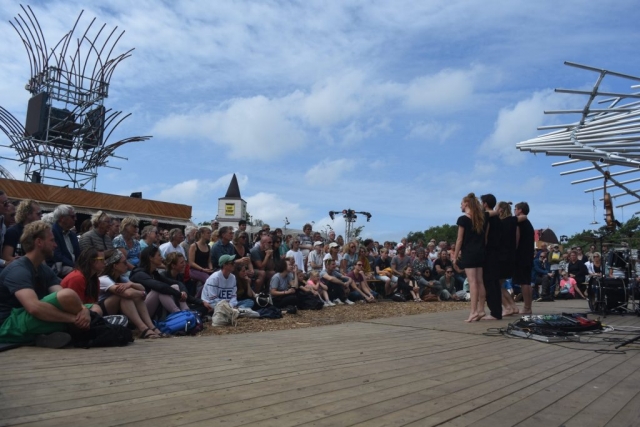 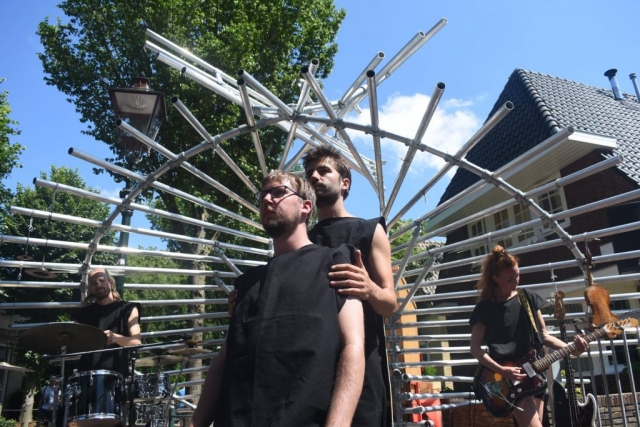 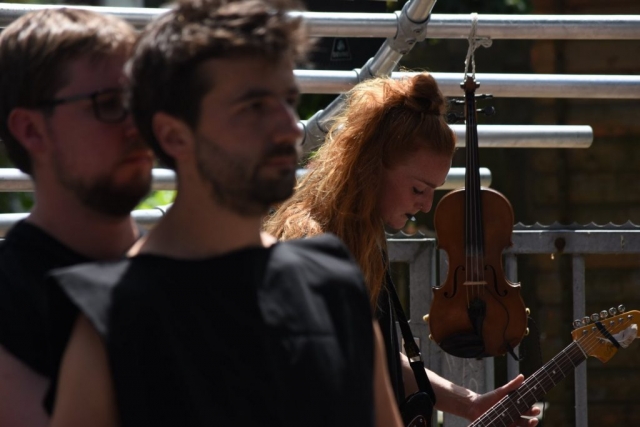 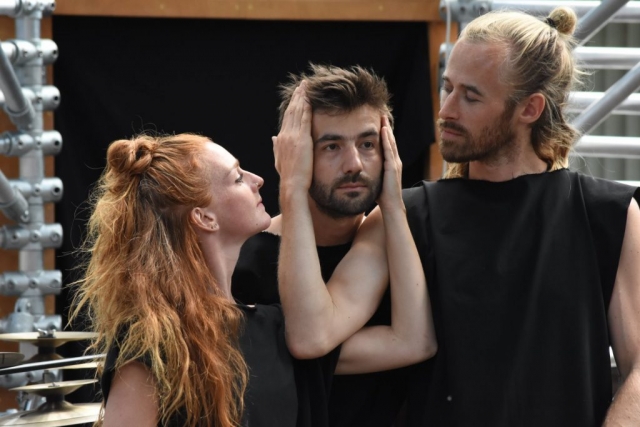 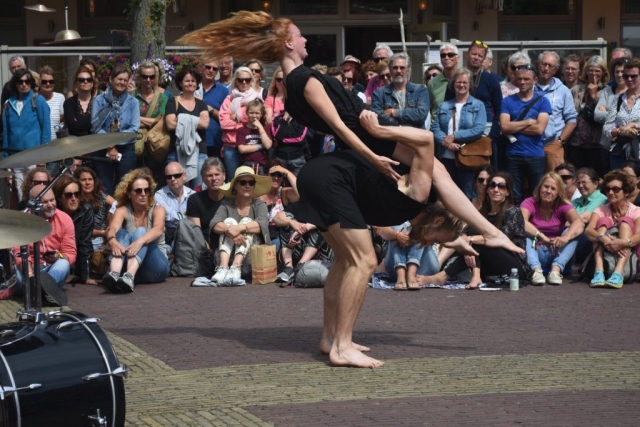 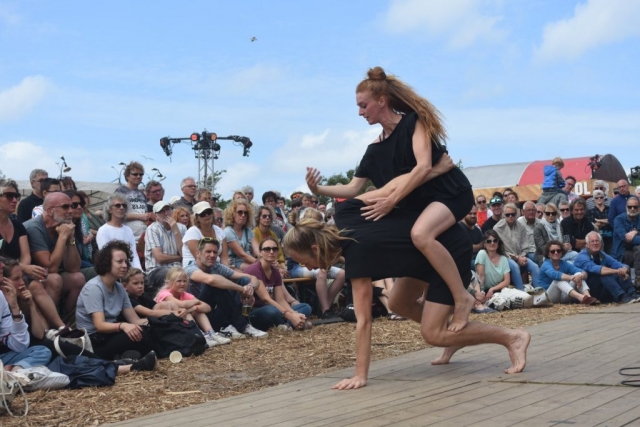 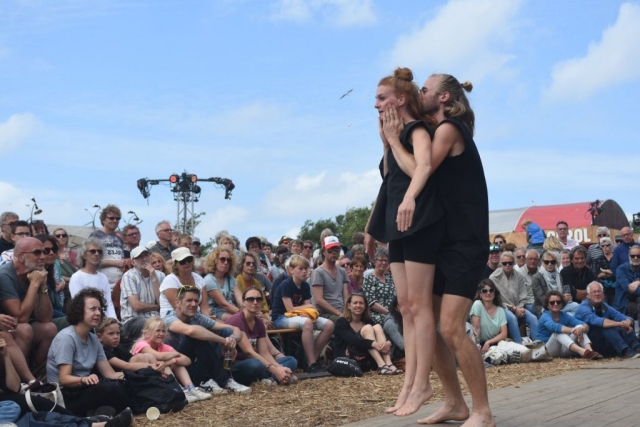 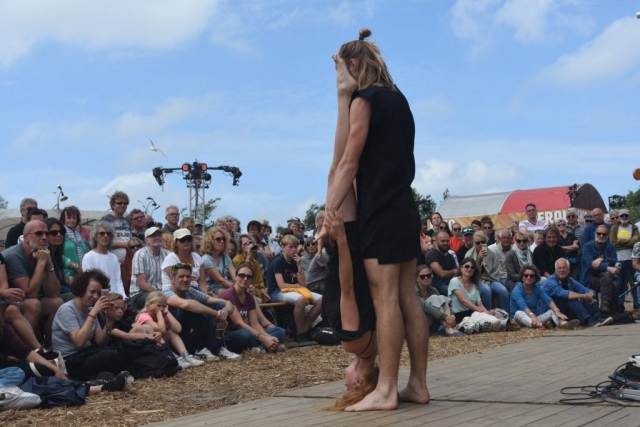 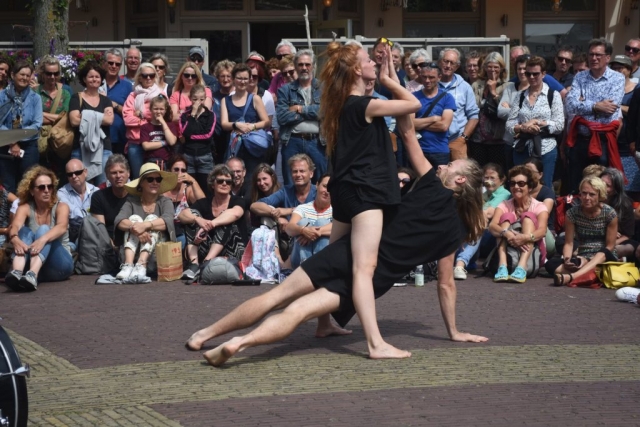 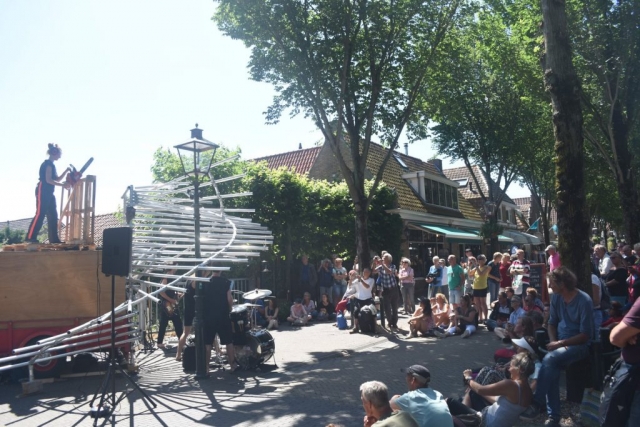 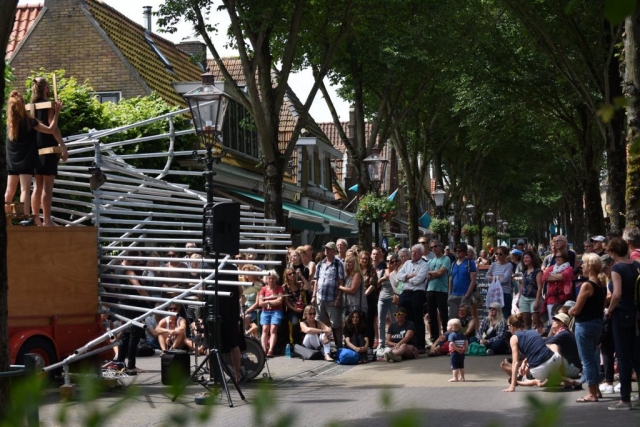 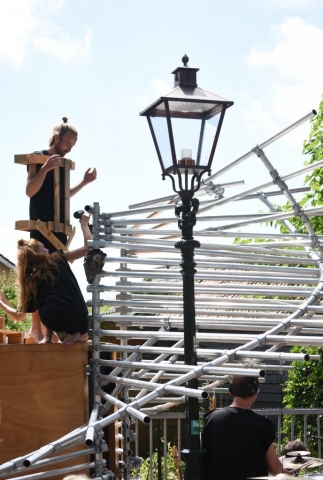 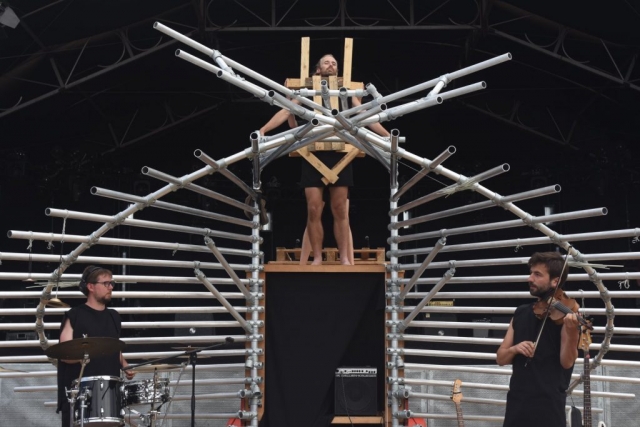 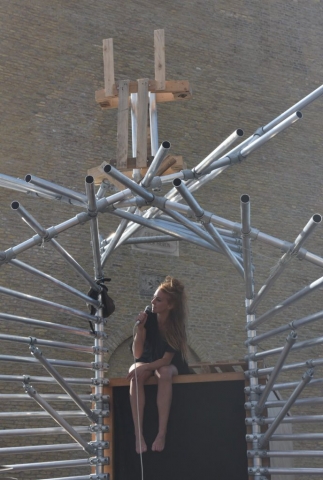 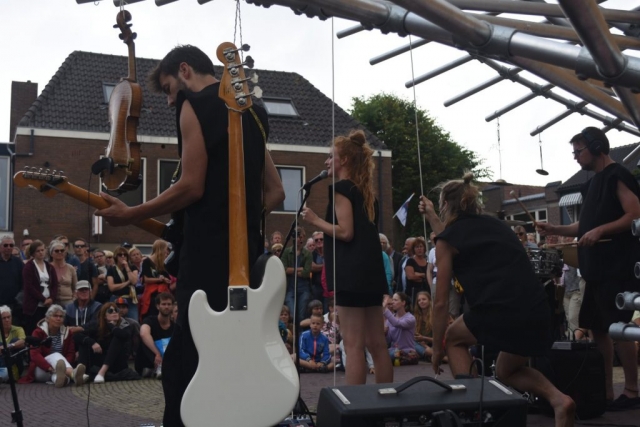 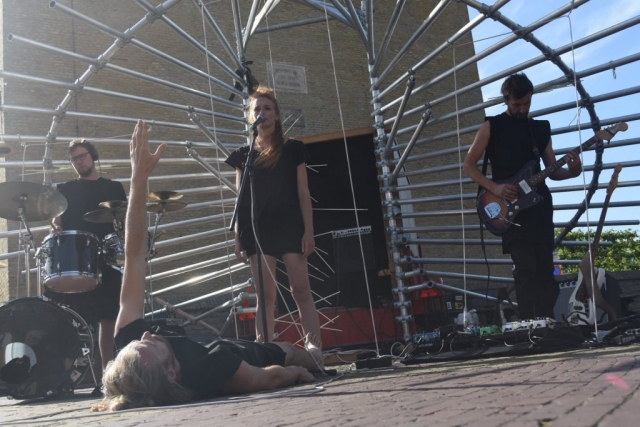 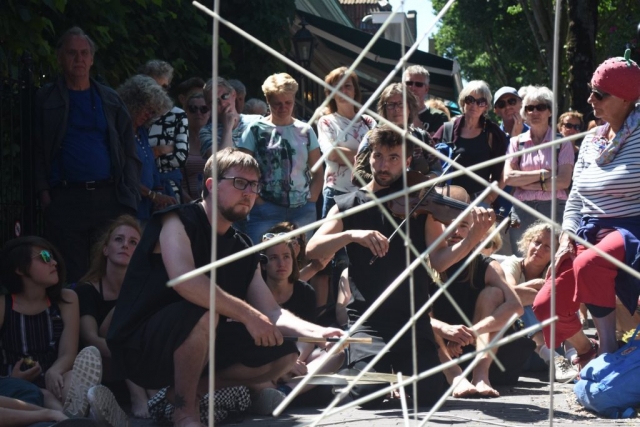